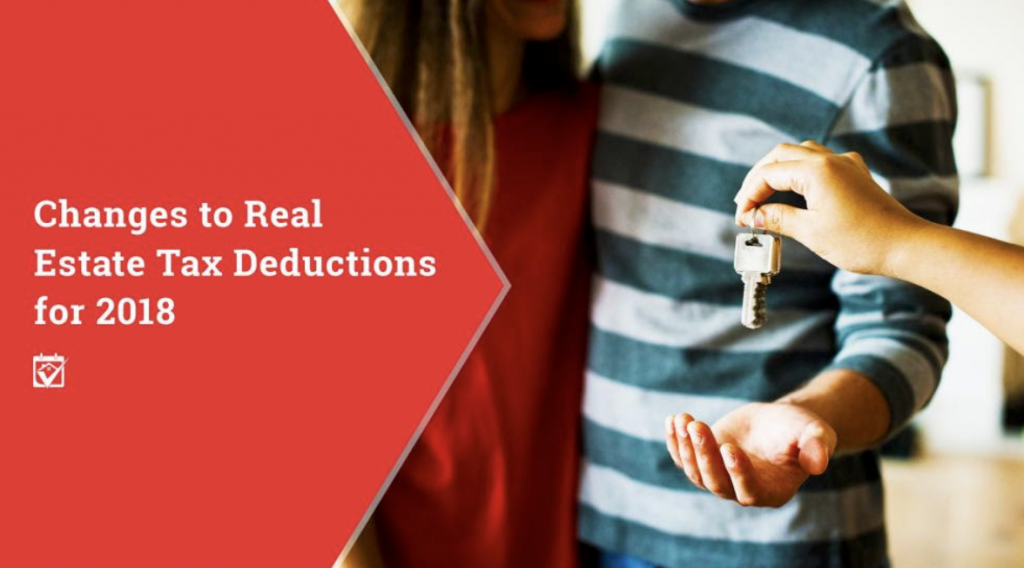 As a homeowner, or soon to be homeowner, you can get some pretty sweet tax deductions from things related to your home. Some tend to change from year to year, like those for energy-efficient upgrades, others are pretty stable, like being able to deduct mortgage interest.

The tax bill that will be in force in the up and coming tax season, the Tax Cuts and Jobs Act (TCJA), has made some fairly dramatic changes to how many homeowners will file their taxes this year. Take a look at this preview of home-related points to ponder for your 2018 tax filings.

When the TCJA was pushed through Congress in December 2017, many people were up in arms. The overhaul, they said, was going to be problematic for a number of reasons, which, we’ll see how that pans out. It does seem that when it comes to real estate, the TCJA is going to be a pretty prickly thorn in a lot of property owners’ sides.

These are the top items you’ll want to pay close attention to this year:

The state and local tax deduction (SALT) is set to be a problem for homeowners in high-tax areas. In the past, you could claim an unlimited amount of already-paid personal state and local income taxes, as well as your property taxes, as a deduction to offset your tax bill. From now until 2025, you’ll only be able to use your Schedule A to itemize $5,000 worth of these taxes if you’re single or married filing separately and $10,000 for married filing jointly.

This looks like a bear of an issue for many people in those high tax areas on both coasts, but for some, the increase of the standard deduction to $12,000 for singles or $24,000 for couples may balance the equation.

If your home was purchased after December 14, 2017, you will be subject to the new limits on mortgage interest deductions. Instead of being able to deduct the interest on up to a $1,000,000 mortgage, you’ll be capped at the interest on only $750,000. Now, if you’re in the less spendy parts of the US, you probably don’t need to worry about this at all, but again, for those of you on the coasts where real estate prices are often hugely inflated by comparison, it may make a weighty difference.

According to a Zillow report published shortly after the TCJA passed, “Under the current setup [Pre-TCJA], roughly 44 percent of U.S. homes are worth enough for it to make sense for a homeowner to itemize their deductions and take advantage of the mortgage interest deduction.  Under the new bill (as reported), that proportion of homes drops to 14.4 percent. Interest on second/vacation homes will remain deductible, but will also be capped at $750,000.”

This one is being called out specifically because of the number of people who are likely to be affected by it. If you purchased a home at any time and took out a home equity loan, you may lose your deduction this year. The TCJA says that unless your home equity loan was used for home improvements, it’s no longer allowed.

There is no grandfathering for this clause, you are paying for decisions you made in the past, not knowing this bill would become a law.

How the IRS will be able to verify how you spent your funds, especially if the loan is 10 or 15 years old, is anyone’s guess.

Despite all the new rules that are taking deductions away, the home sale gain exclusion remains. You’ll still be able to exclude up to $250,000 ($500k for married filing jointly) of gain from a home you’ve owned and used as a primary residence for at least two of the last five years. So, you’ve got that going for you.

It’s a good thing you have a whole community at Re/Max At The Lake watching out for you when it comes to changes to the tax laws this year. When you’re ready to start discussing your own tax situation, just give your Realtor a call for a recommendation to find accountants and tax preparers that can answer your burning questions. With your local Re/Max At The Lake Realtor’s expertise and their community involvement,  you can feel confident that you’re ready for the big tax law change.