There’s little worse than waking up in the morning after a big storm, only to discover that your house (and probably a few trees) aren’t exactly in the same condition you left them when you went to bed. Most of us in the south, especially those coast folks, have had their fair share of dealing with the aftermath of a terrible storm or hurricane.  There are things you can do to help yourself and other things that will seriously hinder you. But, armed with the right information, your claim and clean up will be a (relative) breeze.

What to do Immediately After a Storm

Your first instinct after a storm is probably to start cleaning up and making repairs. It’s a natural next step, there’s no doubt about it. But, the problem with this is that if you start to clear the problem away, it’s going to be very difficult for your insurance adjuster to assess the damage. Here are some dos and don’ts for the hours to days after a storm:

Don’t remove anything that isn’t going to contribute more damage to the house. If there’s a tree on your roof and it’s poking through the attic, you’re going to have to clear some of that away. If there’s a tree on your roof, but it’s small and just sort of lying there, it’s probably not hurting anything. The same goes for any sort of debris that might be hanging around. Don’t touch anything you don’t have to.

Do stabilize serious problems like leaking roofs. The tree that’s punched into the attic is a big deal. You’re going to have to act on this to prevent further damage. Either call a home pro or grab the chainsaw and clear it carefully from the roof. Then cover the hole with a tarp or take other temporary measures. The key here is temporary. You should not attempt to fix this permanently now. Again, the insurance adjuster needs to look at it first.

Don’t hire any roofers or other repair companies that are canvassing your neighborhood. If your whole neighborhood was hit by high winds or other severe weather, expect to be almost immediately mobbed by canvassing roofers and handymen. It’s not that they’re terrible people, but you need to know what your insurance is prepared to cover before you hire anyone. You generally have the option to choose your own repair people, within a reasonable price range, so do collect all the cards they bring by.

Once the Insurance Adjuster Arrives

When the adjuster lands at your house, be kind. Remember that they’re probably severely overworked at the moment, since your whole town was ravaged by the same storm. They do want you to get back to normal as soon as possible, but they’re just not physically able to help everyone at once. It’s no fun to suffer a storm gladly, but patience is a virtue.

They’ll take a look at the damage, possibly bring in a home pro to do a more detailed evaluation and then you’ll wait some more. Make sure that you show them everything you have while they’re at your doorstep, from the photos you took right after the storm to the measures you had to take to stabilize the damage. The more complete the details, the easier it is for them to figure out how much it’s going to cost to fix your house.

Get their phone number, just in case you have anything else to send them. An email might also be appropriate. Staying in touch at this point is going to be vital, since there could be things you’ll need to do to keep the process moving along. This might include meeting home repair experts at your home to provide quotes, sending those quotes over to the adjuster and so forth.

A Few Things That Can Go Wrong

Dealing with storm damage is stressful. There’s just something awful about being so inconvenienced by random acts of nature, but chances are good that you’ll have to go through it once or twice. Depending on where you live, however, it can become a much bigger problem than just a basic hassle. Your insurance may not cover your damage because you weren’t carrying the right type of coverage. This is a good place for a dramatic gasp.

If you’ve not had a storm yet, you’re going to want to check your policies to see if the following items are included or if you have a separate policy or rider to cover them:

Sewage backups. Yes, it’s true that your basic homeowner’s policy probably won’t cover a sewage backup, even if it’s caused by surging storm drain water. Not only is this about the worst thing to clean up ever, it can be costly if you have a finished basement or other area that would need to be completely gutted in order to repair.

Flooding. Most flood insurance policies are issued through FEMA via the National Flood Insurance Program. The odds are good that your basic homeowner’s policy is not going to cover any water that seeps in from outside, though. You should call your agent to verify this information, but certainly don’t blindly trust you’re good to go.

Wind damage. In states where the wind comes sweepin’ down the plains (or where hurricanes are common), you may not have enough wind coverage with just a basic insurance policy. Often, there are serious restrictions on how much your policy will pay (usually as a percentage of the policy, not the actual cost of damage) and on what kind of damage it’ll pay it. Make sure you’ve got wind damage coverage that will pay out enough if you ever had to use it.

Vehicle damage. If a tree falls on your car during a windstorm and no one is around to see it, is it covered by your homeowner’s insurance? No. Not usually, anyway. That would be a job for your car insurance, so make sure it’s ample if you’re in a storm-heavy area. The only cases where you could pretty much count on the car being covered by your homeowner’s is if the car were inside the garage and then the garage fell on it. Even then there may be some limits.

Being a homeowner means having to navigate some complicated waters, especially when it comes to the financials of it all. But you don’t have to worry about your insurance coverage or who will help you put your home back together after a storm if you’ve found a great team. Just drop in on your local Re/Max At The Lake community for a referral to the best insurance agents, roofers and general handymen in your area. Your Realtor trusts them, so you know they have to be good! 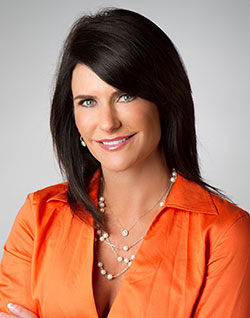